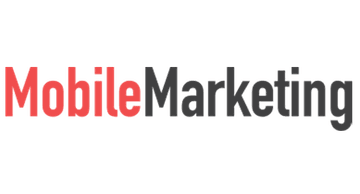 Amoedo: “We need to use incremental metrics and go back to the fundamentals of advertising”

Mediasmart Mobilehas launched an Incremental Metrics offering, which enables advertisers promoting their apps to estimate the incremental impact of their ad campaigns, running in Mediasmart DSP and in other display mobile channels.

The solution claims to address the many limitations of last click or last impression attribution and cost-per-event ROI models, by focusing only on those conversions that are incremental.

It includes a self-serve mobile first DSP where advertisers can set up their own campaigns to buy in more than 30 ad exchanges, using predictive targeting for automatic optimization toward multiple goals, audience management, deals and private marketplaces, lookalike algorithms and more, as well as an ad server that advertisers can use to serve ads in other mobile channels that allow them to serve their own ad tags.

It also offers multiple configurable post-install events to track. For every campaign, the advertiser can configure the install and up to four post-install events in their tracking system so that Mediasmart can use results in real time to optimize the media buying process. Mediasmart is also certified with the most popular mobile measurement platforms, including AppsFlyer and Branch.

The solution also includes out-of-the-box campaign uplift and estimated effectiveness, provided by comparing results of every campaign with results measured on placebo users, who never see the campaign ads but have otherwise the same characteristics as users exposed to the campaign.

And real-ttime reports on ad serving errors, to identify particular creatives, publishers or any other conditions that cause an ad not to be delivered, so that they can be blocked for the campaign.
“Crucially, in an effort to measure ROI from campaigns we have moved to a world where only what is measured counts”, said Mediasmart CEO, Noelia Amoedo. “When we only measure absolute results instead of campaign outcome, this drives advertisers and their providers to simply use strategies that ‘count results’ instead of providing incremental value.

“While the traditional cost-per-event model is considered an industry standard, it is far from being a sound indicator of digital campaign efficiency. We need to use incremental metrics and go back to the fundamentals of advertising, like focusing on the message our ads are conveying”.

Incremental Metrics measurement is available from today to all existing and new Mediasmart customers.

Best MarTech and AdTech startups in the UK
Scroll to top